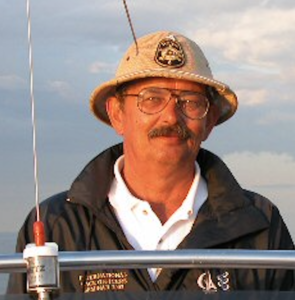 It is with the greatest regret that the CORK Board of Directors shares the notice of the passing of  John Weakley.   John was a volunteer at CORK and a great friend of the sailing community!  He will be missed by all.

In order to avoid another date with the discipline committee at the Port Credit Yacht Club,  JOHN ROBERT WEAKLEY passed away in Mississauga on February 14, 2022

John was predeceased by his parents John James and Mary Myrtle Weakley and his brother Paul William . He is survived by his son Scott, Angela and two bratty grandchildren, Keira and Olive . He is also miraculously survived by his loving little brother David who he often referred to as Nod.

John was born December 13 , 1943 at an RCAF airbase in Saskatoon, Saskatchewan on a cold snowy Sunday morning . After a quick stint in the Royal Canadian Navy, he attended the University of Manitoba, Rochester, Illinois and eventually received a master’s degree from Texas A & M .

As a past commodore of the PCYC, the love of John’s life was organizing Competitive Sailing Regattas. He was well known all over Lake Ontario for his “pith hat authoritarian manner”. He was an incompetent boat handler .

He is most probably at St. Peter’s gates arguing about his accommodation.

In lieu of flowers, charitable donations to the Junior Club in care of John Weakley at Port Credit Yacht Club

Celebration of Life announcement details will be given in coming months 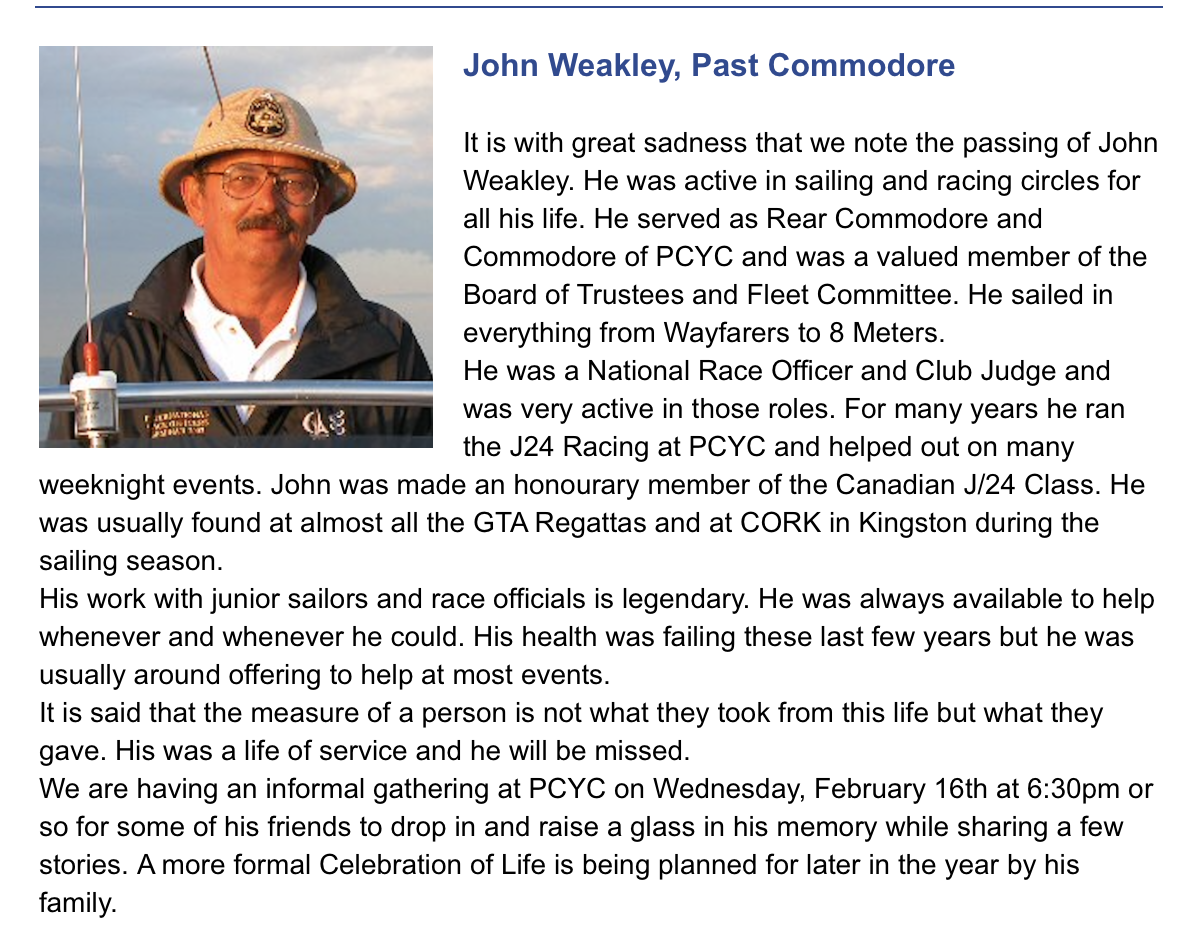 This entry was posted on Tuesday, February 15th, 2022 at 5:05 pm and is filed under Uncategorized. You can follow any responses to this entry through the RSS 2.0 feed. Both comments and pings are currently closed.