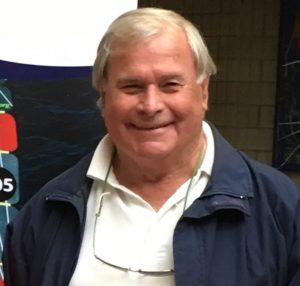 It is with the greatest regret that the CORK Board of Directors shares the notice of the passing of  Ross Cameron.

“Ross Cameron was always a keen sailor, but his passion was racing, whether in his own boat or organizing regattas. So, it was no surprise that he devoted many years to CORK. He served well for a number of years as the Operations Chair, organizing not only the annual August events, but also a number of very successful international championships. After standing down from that job, Ross continued on as a Race Officer for a further two decades of great service. He will remain a prominent name in the history of CORK’s successes. Farewell, Ross.”   Jamie Fraser CORK Board Chair

“Ross helped develop the materials that we still use to teach new Race Officials. His passion was the sport of sailing and he gave a lot of himself to it. He was an excellent mentor and was always ready and willing to help whenever he was needed. It was not what he took that will be remembered but what he gave.” Pat Lymburner, Director, CORK

“A ship in the harbor is safe, but that’s not what ships are built for.”

With broken hearts we say goodbye to Ross, who died unexpectedly, yet peacefully at home at the age of 78. Ross was a beloved father, brother, grandfather, friend, and mentor. He is survived by his daughters Lisa (Mabo) and Satah (Jess) and his brothers David (Fran) and Stephen (Margie). Ross was “G-Dad” to his biggest fans Noah and Maya, who were both bestowed with the gift of his infectious laugh and mischievous grin.

Born to Guinevere Adelia and George Gordon Cameron, Ross grew up in Toronto and spent most of that time on the waterfront where he learned to sail at the R.C.Y.C. He would go on to become a highly revered, award-winning leader in the sailing world, spearheading several new sailing initiatives and inspiring sailors of all ages, not only in Canada, but also internationally. Famous on the great lakes and beyond for his race management and organizational skills, Ross received the Governor General’s award for volunteer of the year in 1992. In 1995, he was named Yachtsman of the Year, Sail Canada’s most prestigious award, for contributions he made as a builder within the sport of sailing.

As a passionate teacher and school administrator Ross first began his career in the village of Colborne, ON, then at Mallorytown, ON. Joining the Kingston Frontenac school board, he eventually became Vice Principal of Frontenac Public School, then Principal of Land O’Lakes, Harrowsmith and Welborne public schools. Known as “Mr. C”, he rarely forgot a student’s face and for years was able to answer his students by name when they called out to him on the streets of Kingston.

Ross also had a profound love of music. He took an active role in the city’s choral music, at Chalmers United Church, in Melos, and in the Kingston Choral Society, of which he was President. He took particular pride in singing under the direction of his brother David.

To quote a good friend of Ross’: “He has fair winds and broad horizons now.”

But he will be immensely missed by those of us left on shore.

Following Ross’ wishes, he has been cremated and is with his family. Due to COVID-19, a celebration of life will be postponed until we can all safely be together.

For those desiring, memorial donations can be made to www.amhs-kfla.ca/get-involved/donate/, The Kingston Food Sharing Project, or the charity of your choice.

Our most sincere sympathies to the family and friends of Ross

Author of the article: 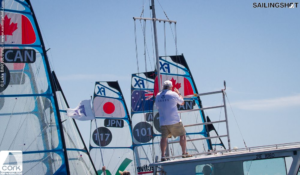 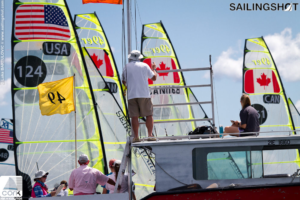 This entry was posted on Wednesday, December 8th, 2021 at 10:00 am and is filed under Uncategorized. You can follow any responses to this entry through the RSS 2.0 feed. Both comments and pings are currently closed.