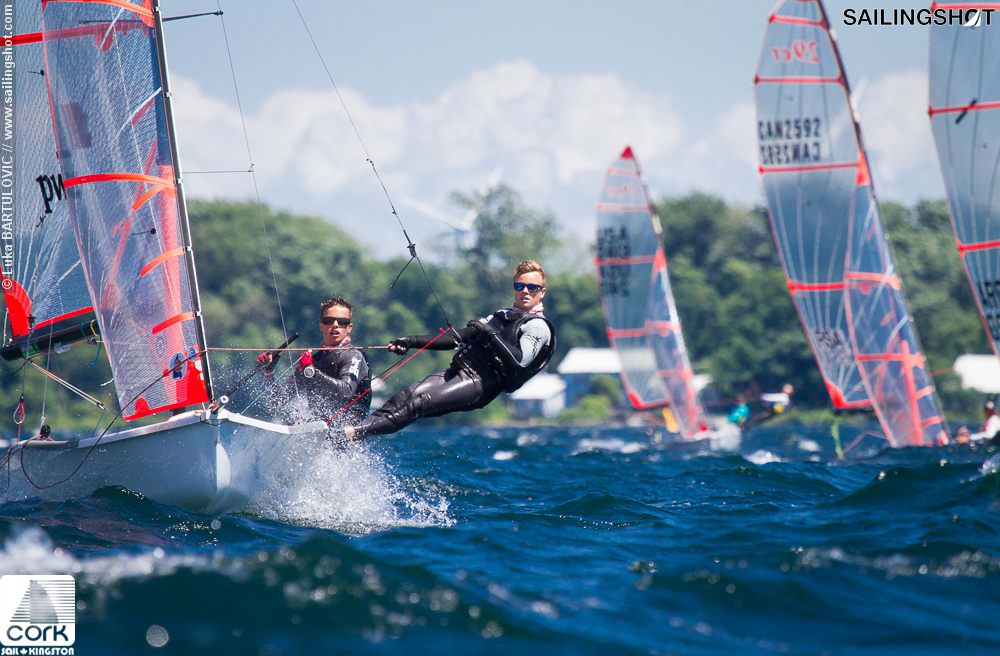 The results are in:

Your 2017 Canadian Champions are

Congratulations to all of our competitors!

We would like to thank Jeff Boyd as the RC and his team on the water and all of the shore volunteers for making this event possible!

Thank you all participants we look forward to seeing you back at CORK later in the summer!

We look forward to seeing you back at CORK then.

Champagne conditions for the regatta today.

Plenty of racing, with the 49er and 49er FX course getting 5 races in for each fleet.  The 29er race course completed 6 races today.

Thank you to all of the CORK volunteers for making all of this possible! 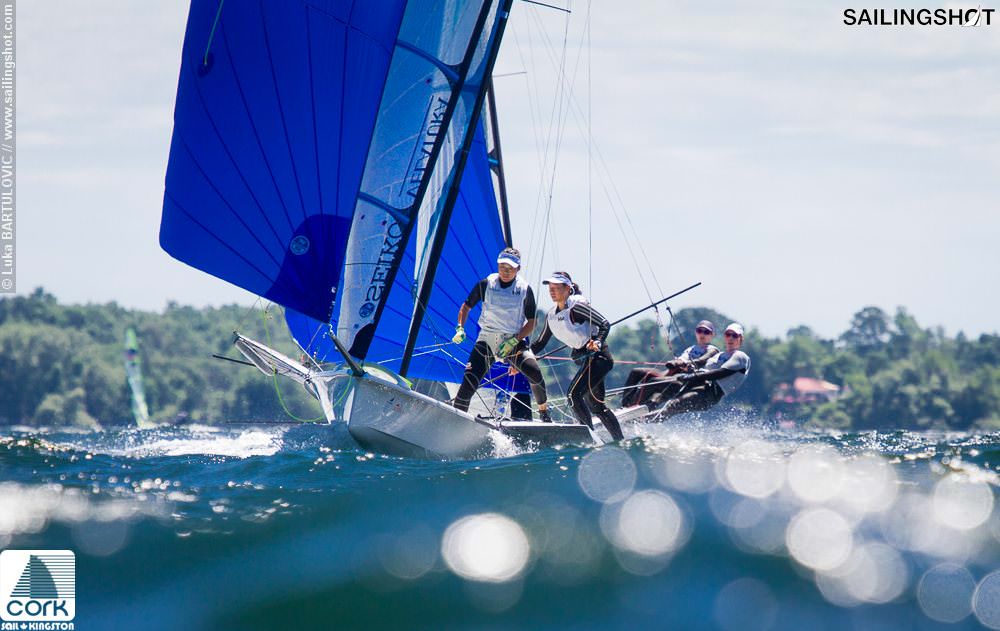 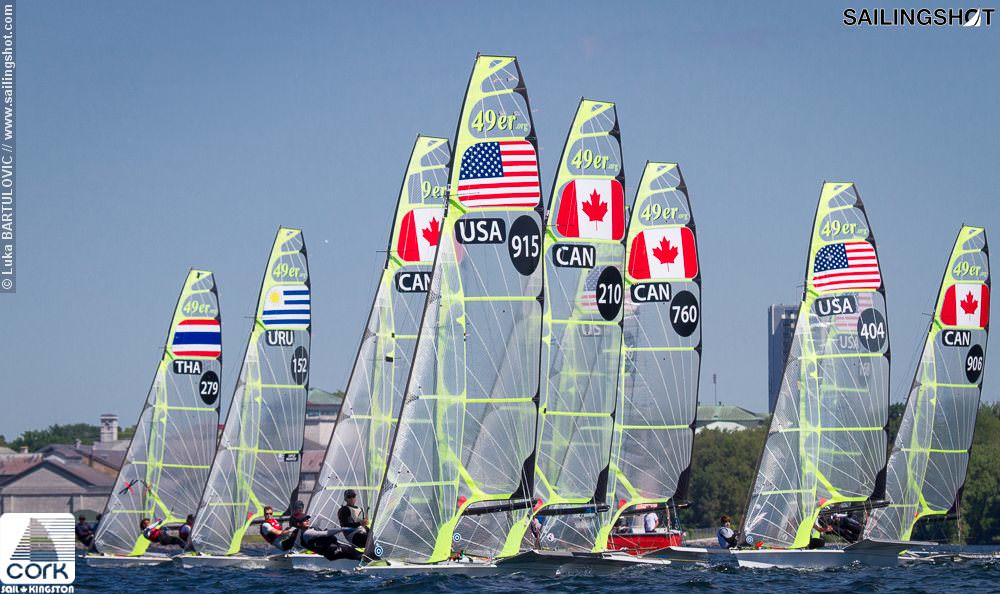 The forecast is sunny with plenty of wind for tomorrow. 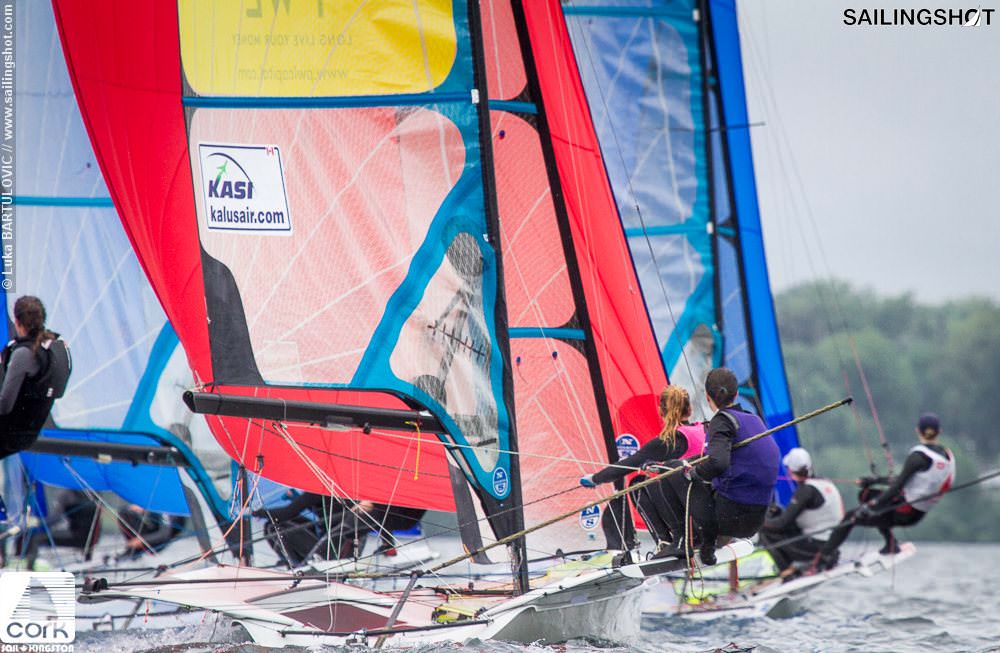 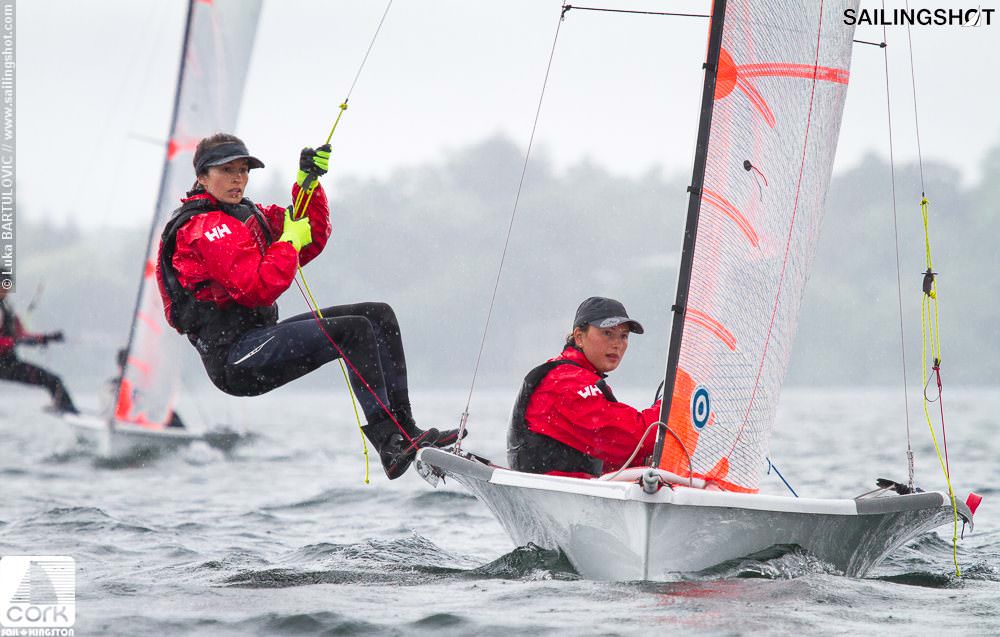 Today was a soggy day at Portsmouth Olympic Harbour! Thank you to all of our volunteers today and everyday!

We appreciate all that you do to make events like this possible!!  Thank you www.sailingshot.com  for capturing the weather today.

Each fleet completed one race.

Here are the results:

The forecast for tomorrow is sunny with great wind! 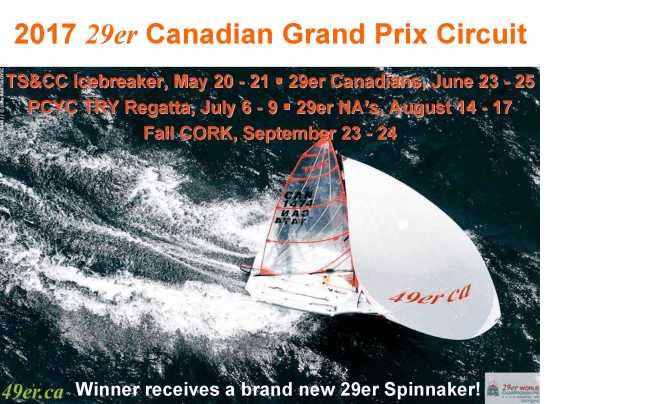 Are you racing the Canadian 29er Grand Prix Circuit this summer? 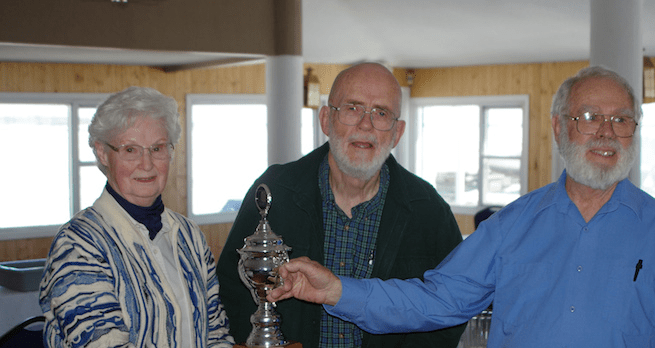 It is with the greatest regret that the CORK Board of Directors forwards this notice of the passing of Bob Pritchard on June 3, 2017.

Bob was an important part of the CORK volunteer team both on and off the water for over 20 years. He was always willing to take on any task – small or large – anywhere he could make a difference.  He also served on the board for many years including as treasurer.

PRITCHARD, Robert James – May 11, 1942 – June 3, 2017 After a long struggle with Parkinson’s disease, Bob passed away peacefully in Kingston, Ontario, with his family by his side. A Deep River boy at heart, Bob’s love never waned for rugby, sailing, Queen’s, community service, family and sharing his knowledge on any subject. Bob was the son of the late James Edgar and Zebba Margaret Pritchard of Deep River, Ontario. He will be deeply missed by his devoted wife, Barbara Caldwell; his beloved sons William Thomas of Vancouver, B.C., Andrew James of Toronto and Nepal and their mother, Wendy Madore of Hackett’s Cove, N.S.; and his stepsons Skot Caldwell (Tammy) of Kingston and Douglas Caldwell (Ashley) of Orangeville, Ontario. Beloved Grandad to William Smith of Whitby; Abby and Harper Caldwell of Kingston; Robin, Nolan and Emily Caldwell of Orangeville. Sadly missed by his sister, Dr. Kathleen I. Pritchard of Toronto and her sons, James Alexander Gordon (Caitlin), Duncan Campbell Gordon of Florida and great-nephews Finlay, Jack, Ian and Henry of Port Hope, Ontario. Also remembered fondly by his many Pritchard cousins. Predeceased by his nephew William Fraser Gordon of Montreal. The family wishes to thank the staff at Rideaucrest Home and Kingston General Hospital for their compassionate care. A service and gathering will occur at The Donald Gordon Centre on June 18th, at 2:00 p.m. The family would particularly welcome written remembrances of Bob– by mail, at the reception or on the Robert J. Reid website. Sharing Memories online guestbook