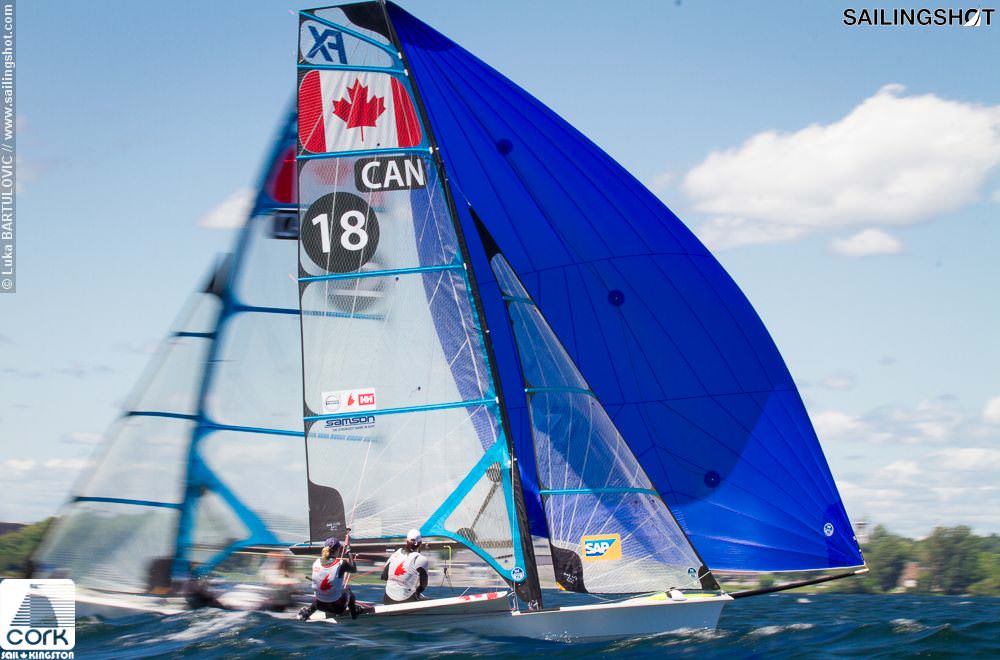 A special award was presented today to the youngest sailors in the fleet:

They both showed tremendous perseverance and determination especially given the breezy conditions this regatta!

Here are the final results for the 49er and 49er FX North American Championships:

The Frank Bethwaite Cup is yours!

The Trevor Moore Memorial cup is yours!

We look forward to having you back later in the summer.

This entry was posted on Monday, June 26th, 2017 at 12:19 pm and is filed under Uncategorized. You can follow any responses to this entry through the RSS 2.0 feed. Both comments and pings are currently closed.